At the ripe age of 30, I have successfully transitioned from my vampire days to greet the hummingbirds at their morning yawn.

Until I was 27, I was a night owl, staying up until 3AM almost every night and wondering why I was so hungry at 10pm.  Silly girl.  I loved being awake when no one else was, I felt like I had the world at my fingertips, sometimes heading to the grocery store around midnight.

Writing at 1am became my nightly routine.  And then I met someone.  Someone who woke up @ 5am.  My nightly sessions of staying up, playing music and making desserts were becoming a thing of the past.  This someone couldn’t even fathom staying awake that long, it didn’t bother him though.  He fell asleep around 10pm and I tried to stay quiet while I read magazines and pretended to watch the movie he started for me.

The transition was slow.  Instead of 3am, I went to bed at 2am and so on, until I was falling asleep around 10:30!  I never thought I’d be an early bird, I lived for the night!  Now I can’t imagine staying up past 11pm.  There are those nights when he is gone at work and I find myself getting sucked into watching the shows I’ve DVR’d until 11:15, dragging myself to sleep and then just laying there…I missed the window of perfect sleeping time.  Between 10-10:30, after that, the REM sleep is disturbed.  So tired, but the mind says, “hee hee hee, you stayed up too late, you fool!”

Are you in a transition?  This will help:

The early bird really does get the worm.  I never understood, but now I do.  If I don’t work out in the morning, it’s usually not happening.  This is coming from someone who used to work out at 8PM almost every night of the week for a long ass time.  The transition is possible.  Start small.  You got this.

1 thought on “Transitioning From A Night Owl to An Early Bird!” 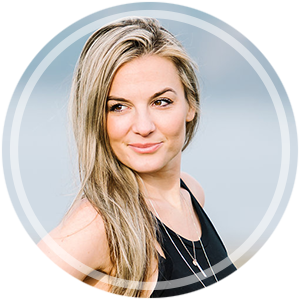 INCORPORATING A “NOTHING DAY” INTO YOUR WEEK I

HOW TO BUILD YOUR COACHING MUSCLE (full video on F

YOU CAN BE A FIERCE BUSINESSWOMAN AND AN INTUITIVE

Before I was the CEO of @fearfultofit I had a LOT

RUNNING AN ONLINE BUSINESS DOESN’T MEAN YOU HAVE

YOU’LL DRIVE YOURSELF MAD TRYING TO GET EVERYTHI